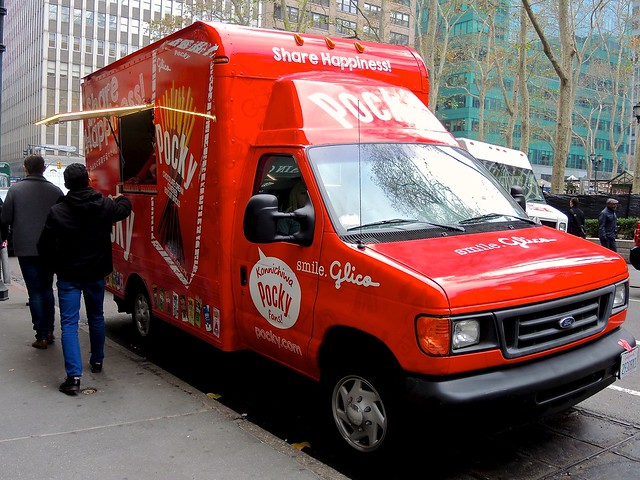 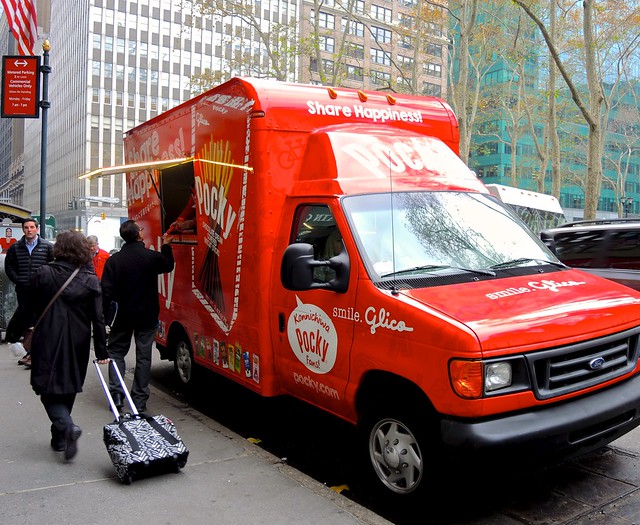 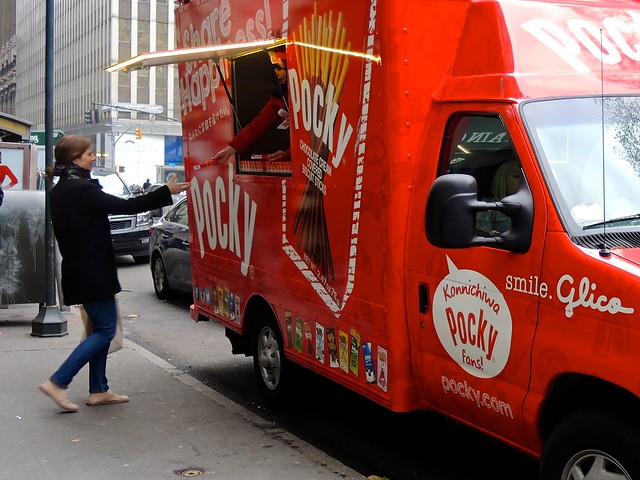 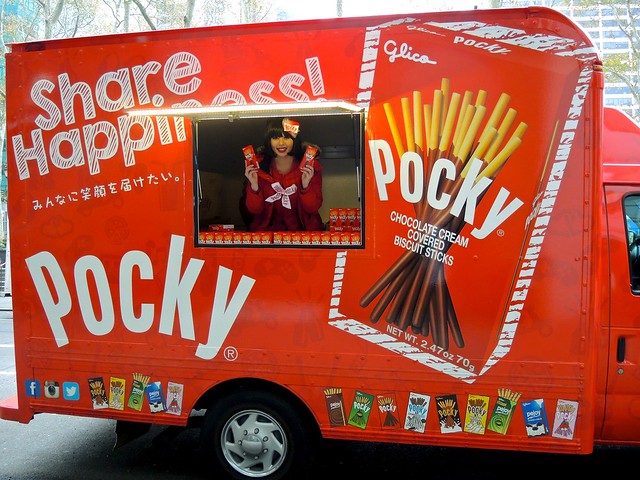 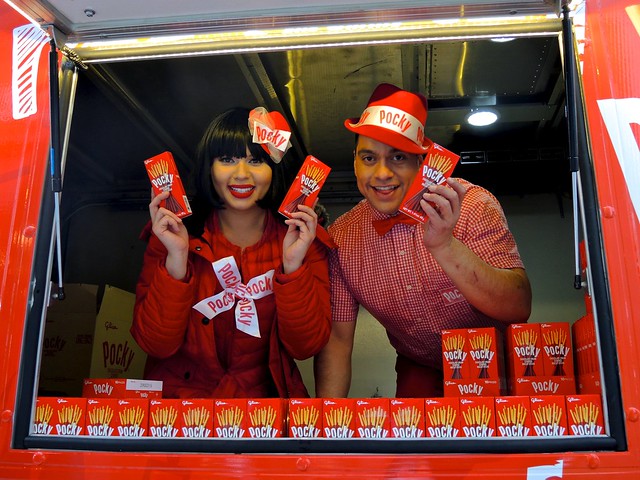 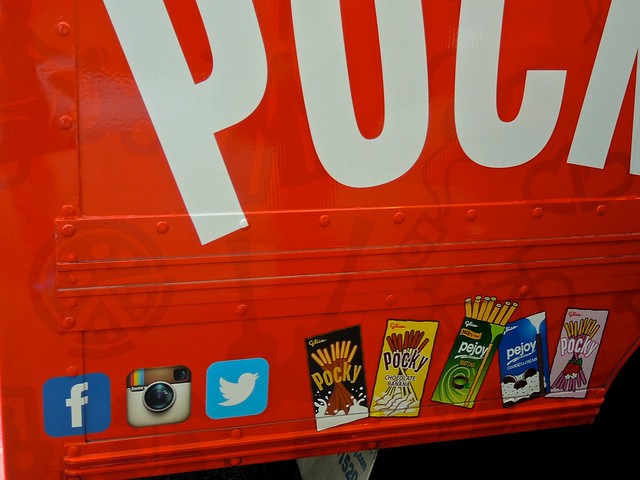 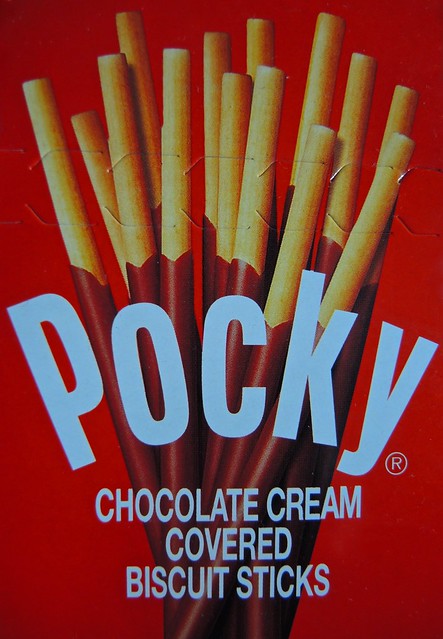 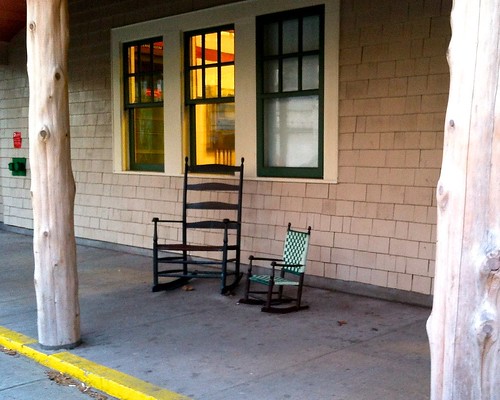 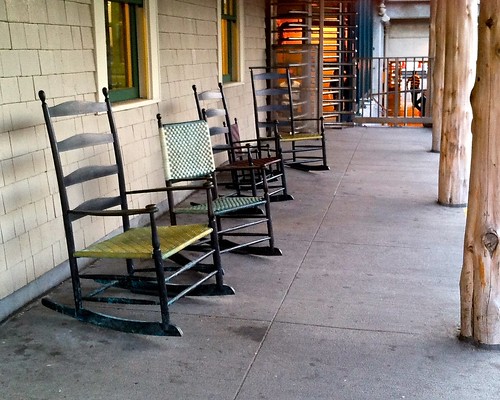 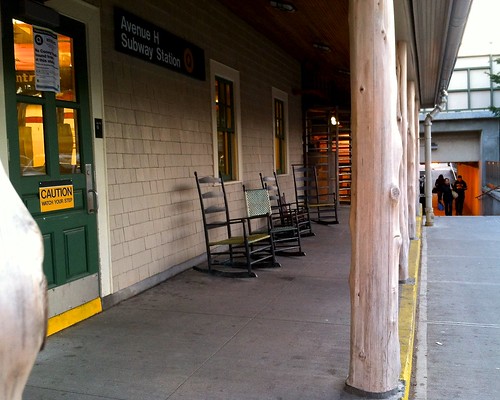 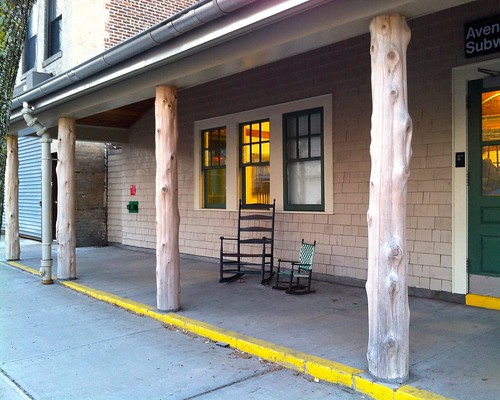 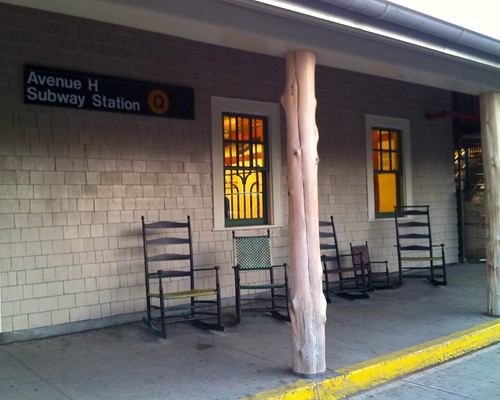 The folks at Esposito’s Pork Store on Brooklyn’s Court Street have decorated for the season. Have a very porky Christmas!

Although New York City has the lowest rate of car ownership in the US (42 percent of New Yorkers don’t have access to a car, versus the national average of eight percent), the city still contains a sizable population of motor vehicle owners.

For those who consider their cars and motorcycles more than just mere transportation, this colorful shop, covered inside and out with signs, flags and banners, is a mecca.  No ordinary neighborhood repair place, this is home of Zoni Brothers Auto Repair/Zoni Customs on 56th Street and 4th Avenue in Brooklyn’s Sunset Park neighborhood. Zoni’s is so revered by car lovers that they even sell a line of t-shirts emblazoned with their skull and spade logo. And yes, the shirts are available online.

The view from 56th Street

Fixed? Did You Say Fixed?

Last night this notice was posted in phone booth at the corner of Brooklyn’s Court and Montague Streets.

OK, I understand the idea of naming a big, black Brooklyn cat after Biggie Smalls (aka The Notorious B.I.G.)., the famed Brooklyn-born rapper who was murdered in Los Angeles 12 years ago.

But “fixing” (neutering) Biggie Smalls, the namesake of a ladies’ man who referred to himself as “Big Poppa,” just seems wrong. No wonder the poor cat has gone missing.

Goodbye Heights Books, and thanks!

For nearly two decades, Heights Books was a fixture in Brooklyn Heights.

The used bookstore, which often displayed carts filled with bargain-priced books on the sidewalk, was the last remaining bookseller on busy Montague Street — the street that inspired Christopher Morley’s 1919 novel, The Haunted Bookshop, which begins, “If you are ever in Brooklyn, that borough of superb sunsets and magnificent vistas of husband-propelled baby-carriages, it is to be hoped you may chance upon a quiet by-street where there is a very remarkable bookshop.”

Recently, when the building in which it was located was sold, Heights Books’ owners decided to close up and move to another part of the borough. Rather than pack their entire stock, move and reshelve it all at the new location, they chose to sort out the books that had lingered far too long in the store’s inventory and throw them away.

Today, a crew of workman tossed thousands of volumes into a dumpster outside the shop. When passersby spotted cartons full of books being hurled into the trash, they scrambled to rescue as many as they could grab. They jumped atop the piles of books, their efforts intensifying as darkness and rain began to fall. One fellow remarked, “I’ve heard the expression dumpster diving, but this is the first time I’ve seen people literally diving into a dumpster!”

The dumpster on the street

Inside the store, the shelves are gone

Passersby grabbed books before they were tossed in the dumpster

Younger readers stood on boxes to better see into the dumpster

Older readers remained on the sidewalk

Some climbed atop the pile

Few could resist peeking into the dumpster

Some books were rescued

A last grab as the rain starts to fall

Books heading for the landfill

The Cemetery of the Evergreens

The Cemetery of the Evergreens is one of the largest, oldest burial places in New York City. Its 225 acres straddle the border between Brooklyn and Queens, and contain the graves of approximately 550,000 people of all faiths and nationalities.

The cemetery, designated a national historical landmark, was organized in 1849. Strolling across the rolling hills and meadows is like taking a walk through history. Many notable and infamous figures are buried at the Evergreens, including unidentified victims from two of the city’s greatest tragedies: the General Slocum Disaster and the Triangle Shirtwaist Fire.

One unusual feature of the cemetery is Kwong Fai Toi, a section reserved as a Chinese burial ground. Many of the graves here show evidence of joss paper, or ghost money — sheets of paper, cut and printed to look like currency, that are burned at traditional Chinese funerals to ensure that spirit of the deceased has good fortune in the afterlife.

Both the fronts and backs of the stones are carved