Wedged behind a construction fence, in a weedy corner of Brooklyn Bridge Park between Pier One and Pier Two, is one of the city’s secret delights: a pop-up pool and beach.

If you aren’t familiar with the term “pop-up,” it is used to indicate that something (a shop, restaurant, etc.) is open for an intentionally temporary period. The pop-up pool and beach were built here with the understanding that they would be demolished after five years.

These summer attractions stand beside a luxury hotel and condominium project, known as Pierhouse, which is currently under construction. As Pierhouse nears completion, the land on which the pool and beach now stand will be integrated into the surrounding park. Until that happens, they offer a perfect respite from the heat and humidity of a New York summer.

The primary feature of the tiny resort is a fenced-in blue pool that measures 30 by 50 feet and is only three to three and a half feet deep. This is a wading pool, not a swimming pool, and it is the perfect depth for young children. No electronics, food, glass, or printed materials are allowed beyond the fence (hence, I could not take any photos from inside the pool). There are also changing rooms, communal showers and toilet areas.

On the other side of pool’s fence is a sparklingly clean sandy beach complete with lounge chairs, shady umbrellas, an assortment of sand toys, balls and plastic spades and a snack bar that serves up lemonade, beer, chips and sandwiches. Aside from the food and drink, everything at the pool and beach are free.

The rules here are strictly enforced and those who want to enter the pool area are inspected by lifeguards to ensure that they comply with the clothing and health requirements. If you want to go, the pool is open daily, 10:00 a.m. to 6:00 p.m, from June 26 until September 7.

Wristbands are required for entry to the pool, and they are distributed hourly on a first-come, first-served basis. Since the pool’s capacity is only 60, it is wise to arrive early before the allotted number of wristbands are taken.

Each wristband entitles the wearer to a 45-minute session in the pool. After each bathing period, the pool is closed and cleaned for the next wave of waders, splashers and sun-worshippers. 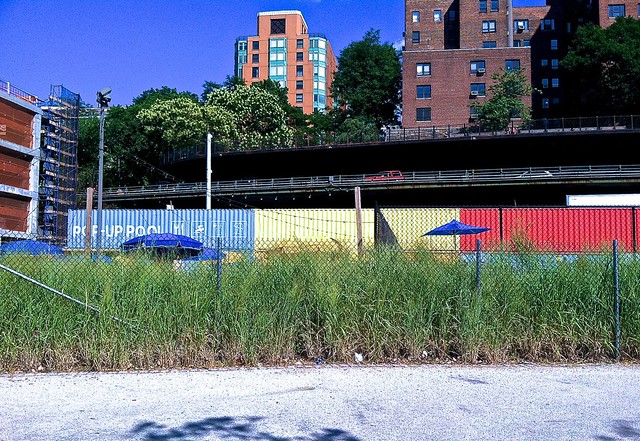 The pool is almost impossible to see from the park 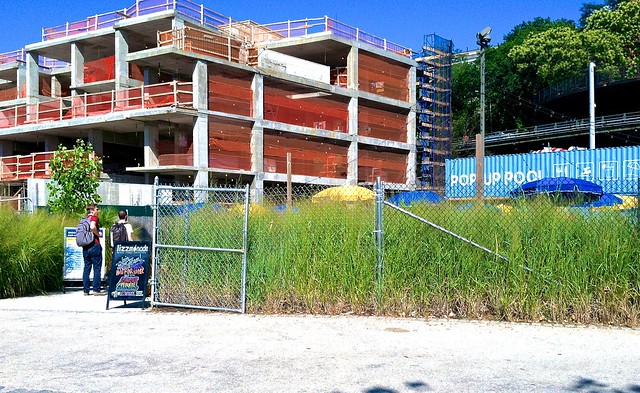 The entryway is in the weeds 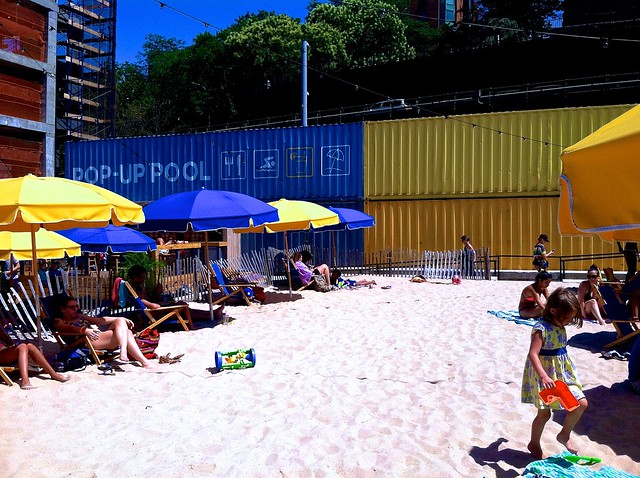 The beach is small but lively 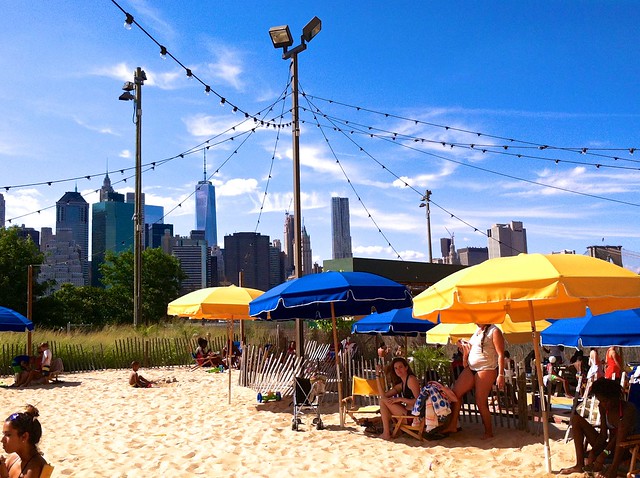 The view of lower Manhattan is spectacular 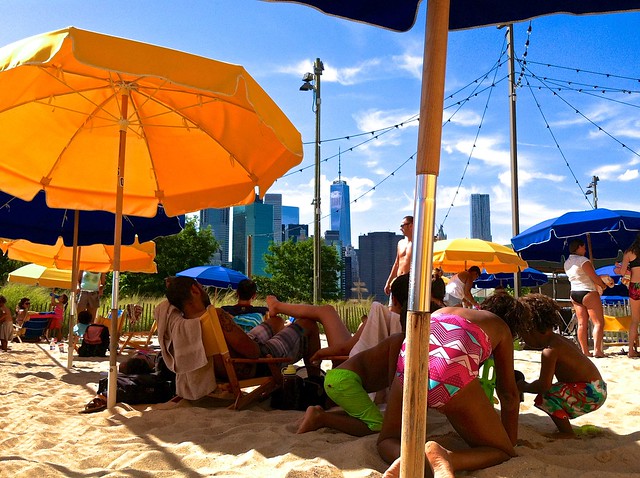 Everything is provided for visitors 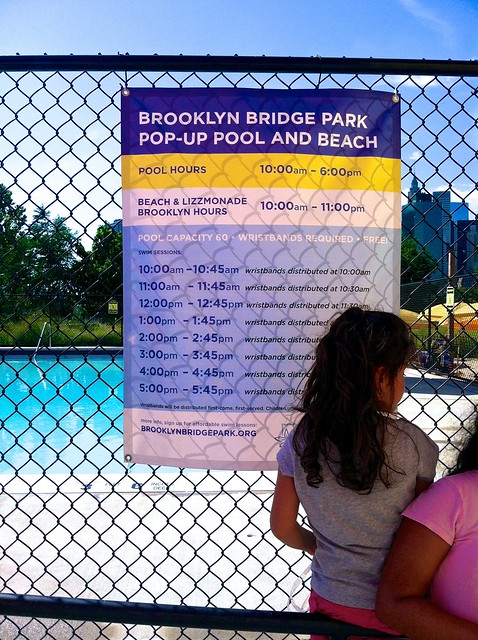 The pool has rules 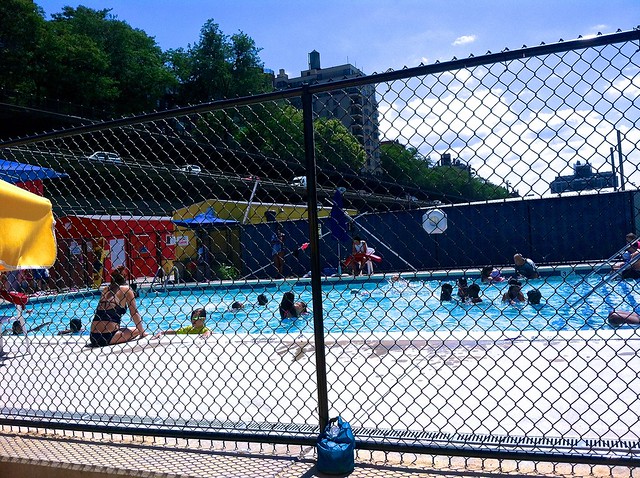 A glimpse through the fence 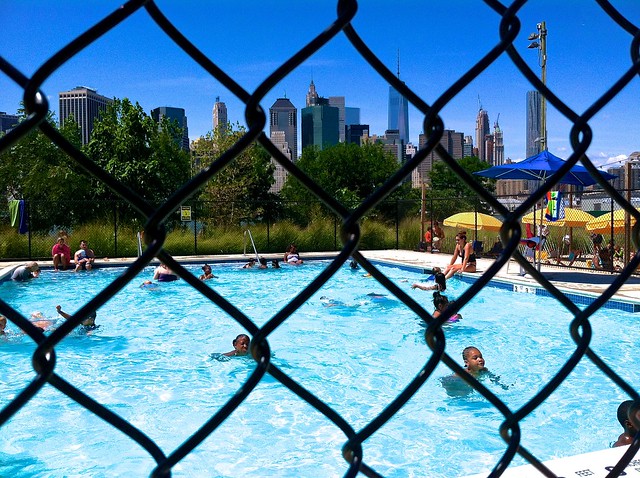 Another view of the pool 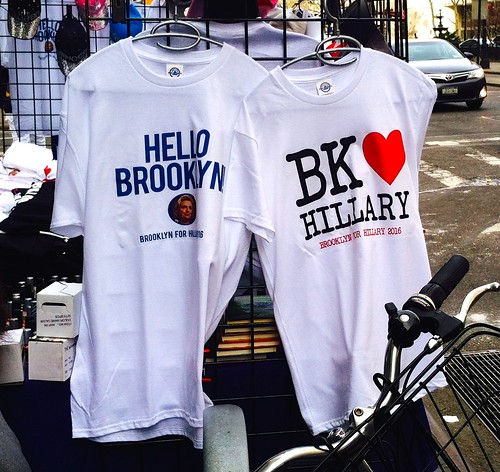 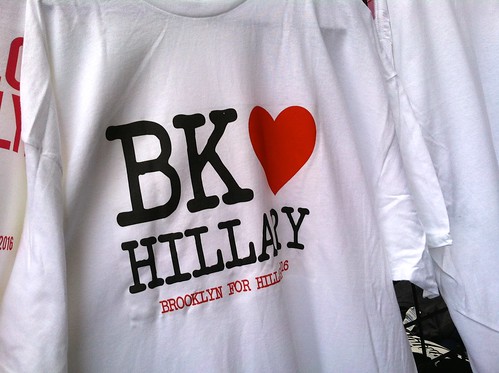 It happened last night. I was attending a large event. The main speaker was at the front of the room, holding the attention of the rapt audience.

Suddenly, a woman stood and, without preamble, began reading aloud from the cell phone in her outstretched hand. “The State Senate has just passed legislation making same-sex marriage legal in the State of New York!”

The room erupted in cheers and applause and all in attendance began hugging friends and strangers alike. Last night a long, difficult struggle for equal rights finally came to an end.

The key votes in passing the new law came from two men, both of whom put their consciences above their party loyalty:

NY State Senator Stephen M. Saland, a Republican from Poughkeepsie, who said, “My intellectual and emotional journey has ended here today, and I have to find doing the right thing as treating all persons with equality, and that equality includes within the definition of marriage.”

NY State Senator Mark J. Grisanti, a Republican from Buffalo, who stated, “I cannot deny a person, a human being, a taxpayer, a worker, the people of my district and across this state, the State of New York — and those people who make this the great state that it is — the same rights that I have with my wife.”

This magnet, long stuck to my file cabinet, is now an historic relic.

The Land Where St. Patrick Walked

The St. Patrick’s Day Parade on Fifth Avenue is the world’s biggest, noisiest, happiest celebration of Ireland and its patron saint. Between the dancing, drinking and green hair, it is easy for an observer to think that those who hail from “the land with 40 shades of green” have always been welcome and accepted here.

But the story of the Irish in New York has many a tragic side. Most terrible is the reason that so many Irish citizens arrived on our shores 150 years ago; they were fleeing the disaster known as An Gorta Mór (the Great Hunger). The devestation began in the late 1840s, when a virus attacked the potatoes planted in the fields of the land where St. Patrick had walked.

Cheap, filling, and easy to grow, potatoes were an essential source of nutrition for poor, rural Irish families. When the virus caused the potato plants to wither and their crops to fail, it wasn’t long before starvation set in.

The Great Hunger, also known as the Great Potato Famine, lasted from 1845 to 1852. During that period approximately one million Irish people died and two million more emigrated, many of them landing in New York Harbor. Now, in a quiet corner of Battery Park, near the spot where those desperate survivors arrived, stands the Irish Hunger Memorial.

Created by New York artist Brian Tolle, the memorial opened in 2002 on a quarter-acre of land shaped to resemble a burial mound cut from an Irish hillside. The base of the memorial is made of slabs of concrete interlaced with bands of plexiglass-covered metal bearing excerpts from reports, poems, songs, sermons and letters describing the desperation and destitution of the victims of the famine. These are intermingled with information about world hunger today.

After walking around the base, visitors walk through a short, dark corridor where recorded voices recite facts about the Hunger and emerge into a small atrium lined with stone walls. A dirt path winds up the hill past thirty-two massive stones, each marked with the name the Irish county that donated it, a roofless stone cottage, wildflowers and grasses, all imported from Ireland.

Every aspect of this small patch of land is significant and symbolic; even the size of the space reflects the Irish Poor Law of 1847, which denied relief to those living on land larger than a quarter of acre. Small, subtle and enormously moving, the Irish Hunger Memorial helps illuminate the wonderful, terrible history of the Irish in New York City.

Approaching the memorial from West Street

Closer to the entrance

Through the entry corridor

Words on the walls

More quotations on the walls

The words stretch on

The view from the top of the hill

Now in its 17th year, the Dyke March NYC is a protest, not a parade. The people who participate in this annual event are motivated by a desire to increase their visibility and make their voices heard.

Thousands of dykes take over the streets every year in celebration of lesbians and to protest against ongoing discrimination, harassment, and anti-lesbian violence in schools, on the job, in our families, and on the streets.

The march goes down Fifth Avenue from Bryant Park to Washington Square. While the organizers never obtain permits for the march, the NYPD takes a rather benevolent view. All along the route, police officers block traffic, pose for photos, wave and generally enjoy Dyke March duty.

Even though it rained during most of the march, one police officer remarked, “Watching these women is the highlight of my week.” I hope you agree.

Finally, the storm tapered off

Marchers were drenched but happy

Some were silly, too

Spectators’ signs were wet but legible

You don’t need a sign to carry a message

A marshall in her “uniform”

Dancing in the street

A couple with a message

Walking in the sunshine

Her shirt says “I love my two moms”

The march ended at Washington Square Park in Greenwich Village

These marchers were inspired by the Village People

The mood in the park was celebratory

Veterans of past marches sat and sang together

Even visitors to the city showed their pride

How About Little Intolerance With Your Breakfast?

If you want to survive in New York City, you need to know what’s going on around you. It isn’t easy to keep up with the constant changes that affect our lives, so many of us begin each day by catching up with local news reports on line, in newspapers, on the radio or on television.

To ensure that I hear about the latest street closings, subway delays and traffic jams, I usually turn to the TV morning news. In fact, I was one of the New Yorkers who wasn’t alarmed the other day, when several planes flew around the Statue of Liberty, because I’d heard the flyover announced in advance on the local news.

Today, however, I found the news stories less surprising than a commercial that ran towards the end of the local broadcast. It was 7:50 a.m. and I hadn’t yet swallowed a caffeinated drop, but the ad certainly jolted me awake. It was prompted, I assume, by the governor of New York’s recent introduction of a bill to make marriage legal for same-sex couples.

The commercial, from a group called the National Organization for Marriage, carries a clear message: if all New Yorkers are allowed to equal access to marriage, it will be the end to life as we know it. Heterosexual marriages, happy families and small businesses will be destroyed. Nothing like a little intolerance with breakfast to get the day off to a great start.

Yeah! Let’s make sure them gays don’t get equal rights! And the National Organization for Marriage earns extra points by linking the marriage issue to the current state of the economy!

I expect my local television stations to have some sort of standards, but it appears that Channel 2 (WCBS-TV) is willing to run anything for a buck these days. What’s next? Commercials for the KKK and the American Nazi Party?

Yesterday, the board of directors of the New York State Metropolitan Transportation Authority (MTA) voted to cut transit service and increase fares.

While the politicians and the heads of the agency make their way around in chauffeured limousines, the changes, which are scheduled to go into effect on May 31, will deal a crushing blow to already-struggling New Yorkers. The changes are more than substantial; they are painful.

According to the New York Times, after the board voted, H. Dale Hemmerdinger, the chairman, said, “It’s now a fact, it’s done.”

The only remaining hope for those of us who use the system is that state legislators and the governor can be persuaded to agree on a new transit aid package in the next few weeks. Please call or e-mail elected officials and tell them that they need to come to the aid of riders while there is still time; you can find your representatives via the links below.

Message posted inside the High Street Subway Station in Brooklyn